How to pick a good VPN 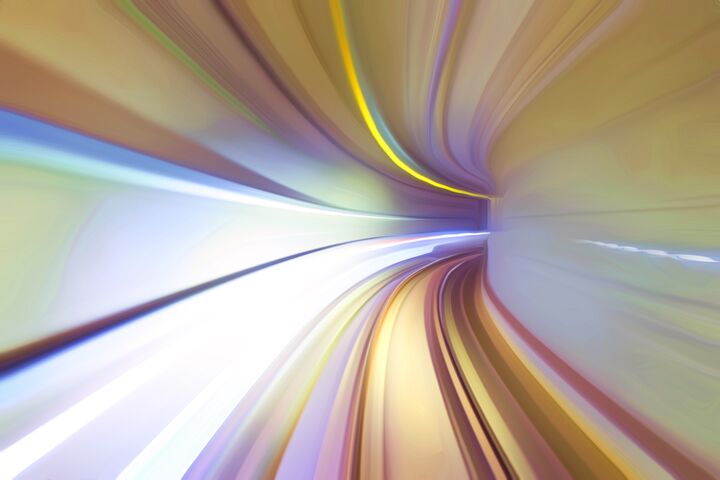 Most people don't know what a VPN is, and those who do probably don't know how to choose the right one. I started using a VPN pretty recently and had to go through the time-consuming work of comparing different ones trying to find out what was important. Here's what I found.

VPN is an acronym for Virtual Private Network. It's software that creates an encrypted tunnel between your device (smartphone/computer/router/etc.) and services (websites/email/streaming services/etc.) you use. Everything that is sent from or to your device and a service is encrypted. This means that outsiders can't eavesdrop on what you do online by intercepting your internet traffic.

Without a VPN it is quite easy to trace traffic between computers, phones, tablets, etc. You are especially vulnerable if you connect to open wireless networks, like in coffee shops, airports and internet cafés.

An additional thing a VPN does, is make you anonymous online. Instead of your real IP address, websites you visit will see an anonymous IP address provided by the VPN service. When you use a VPN service, a spy would need access to your device to be able to "listen" to your traffic.

What makes a VPN service good?

This part is a bit tricky. The reason is that it depends on what you need. Below is a list of things that may be important to you. Some have lots of demands and some can get by with a few features.

These are the things I have found most important for picking the right VPN. Decide which ones apply to you. Some may be nice to have while others are necessities. Make a list of your choices.

Which VPN do I use?

I read about many and tested a handful of VPN services over a couple of months to find out what my needs were, and which one fit me best. It's worth mentioning that I almost exclusively tested the iOS apps, except for TunnelBear, which I used on MacOS too.

The ones I tested were TunnelBear, CyberGhost, Mullvad and VPN Unlimited.

Tunnelbear is very easy to use. There practically are no settings other than deciding what country you want to connect through. Their license permit installation on up to five devices on several platforms. A thing that makes them stand out from other VPN services, is that they do yearly external audits to make sure they do what they promise. The price is 9.99 USD per month or 49.99 USD a year. You can try it for free. TunnelBear did not support using Netflix. That was a deal-breaker for me. Otherwise I liked their service for ease of use. I thought the much praised animated app interface was ridiculous. A simple list could have done at least as good a job. They get a point for trying though. 🙂

Mullvad allows anonymous payments as well as clever anonymous sign up. They support several platforms, but have no iOS app. You can still use it on iOS though. It is a bit fiddly setting it up. You do it in the ‎OpenVPN Connect app. One license lets you install Mullvad on as many devices as you like, but you are limited to using it on five of them at the same time. The price is 5 USD a month. During my tests I found that the setup needed more manual work than I am prepared to do. There are many things I like about Mullvad though. If they build a proper iOS app, I would like to try it again.

VPN Unlimited is the service I tested the least. Netflix wasn't working. If you don't care about streaming, VPN Unlimited is a very feature-rich VPN. The price is 4.99 USD a month, or 29.99 a year. They let you try it 7 days for free.

» ‎VPN Unlimited for iPhone, iPad on the App Store

CyberGhost is the VPN I use now. It has special servers for streaming. When I use one of them, Netflix works. The license supports up to seven devices simultaneously. They have thousands of servers across the globe. Prices are 12.99 USD per month, 63 USD a year, or 89.90 for three years. I paid for the 12 month plan.

While Netflix works, CyberGhost isn't without it's problems. Some days I get so frustrated I think about signing up for another VPN. I can't say for sure if the issues are related to the service or something on my end. Connections are lost and the "best location" server setting doesn't mean there are no interruptions. Sometimes it says it can't connect to any of the servers, but when I run the built-in connection test it says everything is fine.

Another thing that could be improved, is the app interface. It looks very clean and nice, but isn't optimized for speed. For instance, you can pick servers that are your favorites, to get to them quickly (I assume). They then end up in a separate list. The problem is that the favorite list isn't the one that opens when you want to pick a server. You have to open the favorites tab first, which makes the idea of favorites more or less useless. I think a better choice for favorites would be to have the list at the bottom of the connection screen. Then you would save two taps when you need to change server. Also, you shouldn't have to tap the connect button after you have picked a server. How often is it that you don't want to connect to the server you just manually choose?

Another interface issue is that it may look like you are connected to CyberGhost when you are not. The connection time is counting without the VPN being connected.

» ‎CyberGhost VPN on the App Store

Which VPN do others recommend?

Several of the tests I have read give ExpressVPN the highest rating, speed being one of the main selling points. NordVPN also frequently come out at the top in VPN ratings. Both of them have high app ratings in iOS App Store.

Which VPN is your choice?

If you use a VPN, which one do you use? What made you choose it? Are you satisfied? Would you recommend it to a friend?

If you don't have a VPN and have questions, feel free to ask. I am not an expert, but I will try to answer. There may be others here who knows if I don't.

(Photo by Mathew Schwartz at Unsplash)

I'm in no rush to buy a VPN while I'm just at home, but I will definitely be using this guide to help me decide which one is best if I do go travelling as I'd be using Wifi mostly from places like hostels or coffee shops wifi.

I use NordVPN and have been very happy with it. It's useful if I want to access BBC as I can pretrnt to be back in the UK. I got a good intro deal I think 79 usd got 2 years. If you sign up via topcashback or similar site you can usually get a further cash back credit.

Yes, I didn't find a free one I liked either.

#4 Did you directly download software from a website, or would you recommend downloading the app? I think I saw NORDvpn on the app store for MacBook.

#5 NordVPN and I presume other vpn are cross platform so you download the app for your phone /tablet or download the program from the website for your computer/laptop. They run alot of promos including a 60 per cent cash back if you order it through Topcashback. That means if you go for their 3yr at $105 you get 3 yrs for around GBP 30 after the cash back.

Whether you need it right now depends on your usage. I use it to access services in the UK or US which are restricted to domestic users whilst I'm overseas or where I prefer to have some anonymity etc.

#6 when cashback are run by a particular country they can be just another marketing tool. But Topcashback is merely a way of capturing the marketing spend that would otherwise go to the company or be paid as a referral to sone Internet intermediary. So. If you were planning to buy the service or product anyhiw there really is no downside to clicking through a site such as topcashback

#6 Interesting! I'll keep that in mind, I'm always looking for ways to save money!

Here is an interesting article about free VPN services. There are issues that may make it a bad idea to use them.

”Unfortunately, the majority of apps appearing in the top results for “VPN” searches are free products from obscure and highly secretive companies that deliberately make it very difficult for consumers to find out anything about them.”

I wonder if any paid or cheap VPNS have the same issues.